The site is secure.
The https:// ensures that you are connecting to the official website and that any information you provide is encrypted and transmitted securely.

WorldWideScience.org is a global science gateway comprised of national and international scientific databases and portals.

Maintained by the U.S. Department of Energy's Office of Scientific and Technical Information (OSTI) on behalf of the International Council of Scientific and Technical Information (ICSTI) (link is external), WorldWideScience.org allows the user to search multiple scientific sources from around the world with a single query. Multilingual translations capabilities exist for ten languages, enabling access to the most current findings in fields such as energy, medicine, agriculture, environmental sciences, and engineering. Much of the information accessed via WorldWideScience.org is freely available, in support of open science. 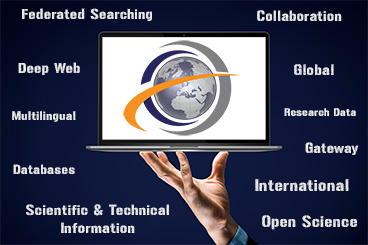 A laptop computer held up by a hand displays the logo for WorldWideScience.

A globe is set between, on the right, a grey crescent, to the left, a blue crescent. An orange crescent slashes across the globe from left to right.

National and international scientific databases and portals are included in WorldWideScience.org as a benefit of ICSTI membership (link is external). Participating members benefit from increased usage and dissemination of their scientific and technical information, and from collaboration and organizational networking with some of the world's leading science libraries and information centers.

WorldWideScience.org uses federated search to provide its encompassing coverage of global science and research results. Unlike some popular search engines that only search the surface web, WorldWideScience.org drills down into the deep web, which contains a vast amount of scientific and technical information. 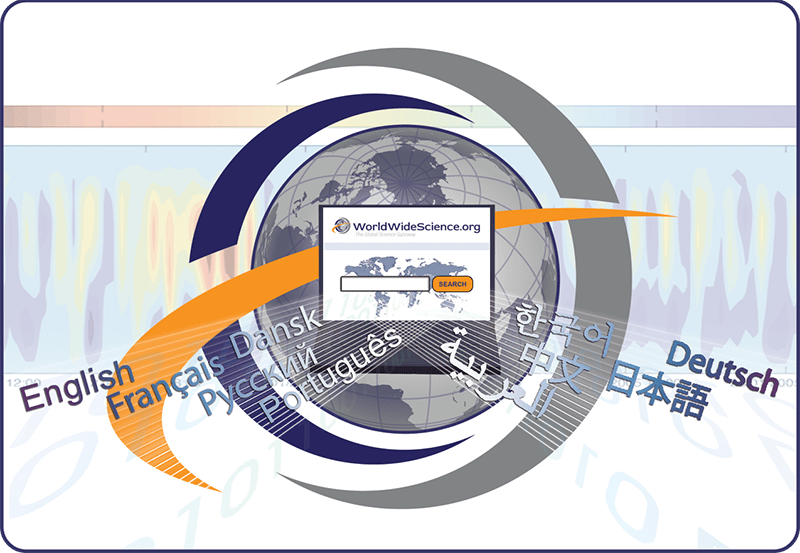 Picture of search form in front of earch globe with multiple words in different languages entering and exiting the left and right sides of the picture of the search form.

To search WorldWideScience.org, a user enters a query in his/her preferred language in the search box and the query is translated and sent to every individual database or portal connected to WorldWideScience.org, using both federated search and multilingual translations technologies. The individual databases and portals send back a list of results from the search query. WorldWideScience.org then ranks the results from all the sources by order of relevance, giving the user the option to translate each page of results. The user can review this list and travel to the host site of a particular result for more detailed information such as the bibliographic citation, abstract, and in many cases, the full text of the document.

Stemming from a bilateral statement of intent between the U.S. Department of Energy and the British Library, participating countries transitioned the governance of WorldWideScience.org to the WorldWideScience Alliance, and officially launched the portal in June 2008 at the annual ICSTI conference in Seoul. A signing ceremony marked this milestone. The Alliance was closely affiliated with ICSTI, which served as a member and primary sponsor. 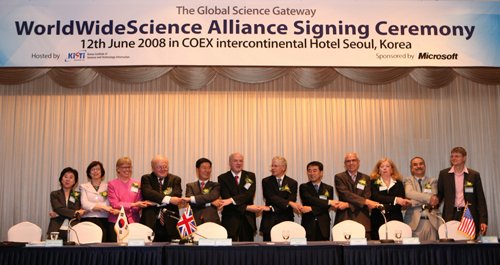 Group photo of attendees to the WorldWideScience Alliance Signing Ceremony, held in Seoul, Korea 12th June 2008 at the C0EX Intercontinental Hotel. All attendees are holding their arms crossed across their chests, each holding the hand of the next person.

Photograph by: Korea Institute of Science and Technology Information 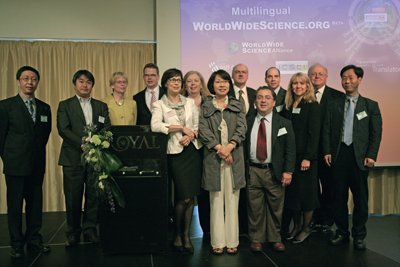 Attendees of the announcment of the Multilingual WorldWideScience.org, at the 2010 ICSTI Conference.

Recognizing the need to expand beyond English language scientific resources, multilingual translations capabilities were added to WorldWideScience.org and introduced at the June 2010 ICSTI conference in Helsinki. Improvements and enhancements since then have expanded the languages offered to ten: Arabic, Chinese, German, English, Spanish, French, Japanese, Korean, Portuguese, and Russian.

In 2022, the WorldWideScience Alliance established a formal partnership with ICSTI. WorldWideScience.org will serve as the global search portal for ICSTI members, facilitating scientific and technical information dissemination across borders and supporting the next generation of science research communication. 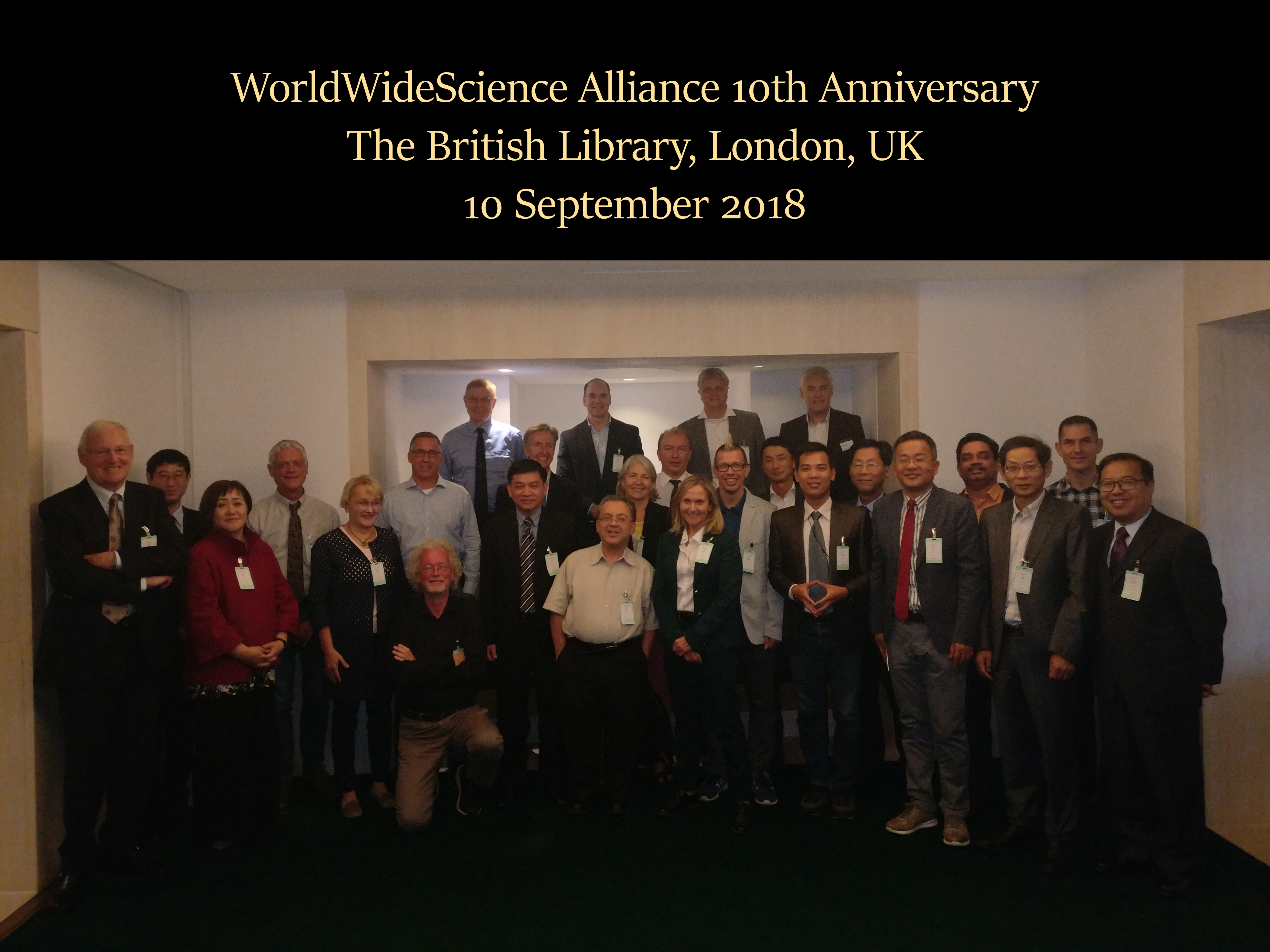 Group photograph of attendees of the WorldWideScience 10th Anniversary gathering. Held at the British Library, London, UK on 10 September 2018